Oh, What the Hell 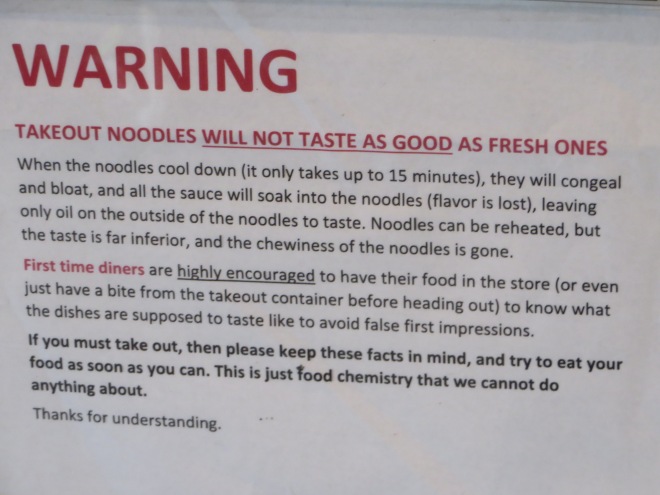 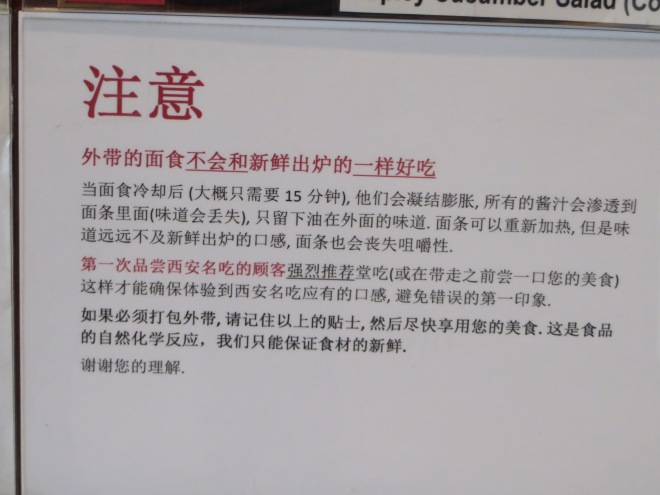 I am ashamed to say that I did not celebrate the holiday as I’m supposed to. Actually, went for BBQ yesterday, not Chinese. Hometown BBQ in Red Hook was practically empty, a zero wait in line.  And then on to Brighton Beach, which late sundown Christmas Eve was about as surreal as could be, foreign and almost futuristic. All alone in Brooklyn after some terrible rapture. But in the Jewish Christmas holiday spirit, I wanted to post this public service announcement from Xian Famous, a second generation joint where the specialty are noodles. Don’t take the noodles home. They don’t carry well. Merry Christmas.