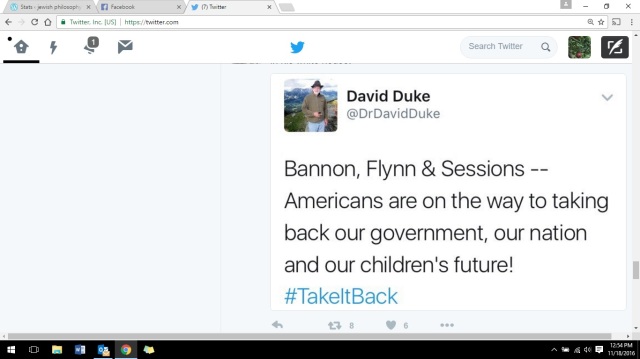 By the 614th commandment, Jewish philosopher Emil Fackenheim meant, in part, the imperative to remember. Every endorsement by the Nazi-KKK alt-right must be hung around Trump’s head and the people who support him, especially on those who support him from the rightwing underside of the Jewish community. Never forget that they are the ones making common cause with Nazis. As I find them, I will be posting these things semi-regularly for those of you not on Twitter. With Flynn, there are now two promoters of alt-right anti-Semitism in the White House.