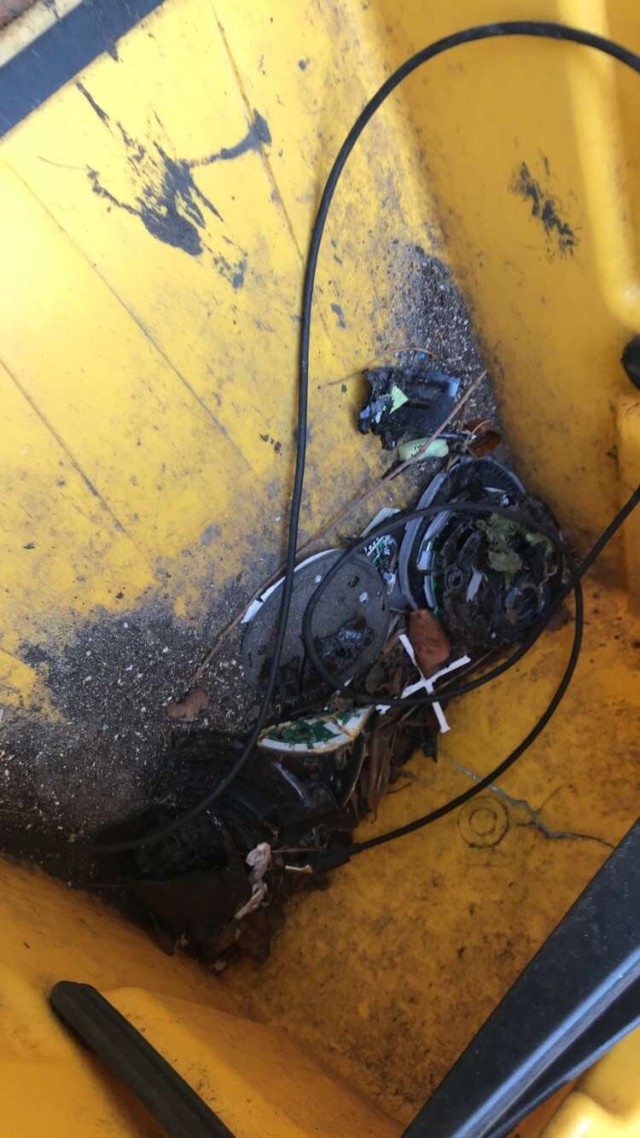 I am ambivalent about this act. On the one hand, it’s a destructive act directed at a machine that has been purposefully gendered as female. It also feels like something of an execution. On the other hand, it has become clear from the news stories that Alexa has been spying on us. The irony has not been lost that these photographs were taken on an iPhone and are being posted on Facebook and other social media platforms.

Zachary Braiterman is Professor of Religion in the Department of Religion at Syracuse University. His specialization is modern Jewish thought and philosophical aesthetics. http://religion.syr.edu
View all posts by zjb →
This entry was posted in uncategorized and tagged technology. Bookmark the permalink.

1 Response to Death Of Alexa