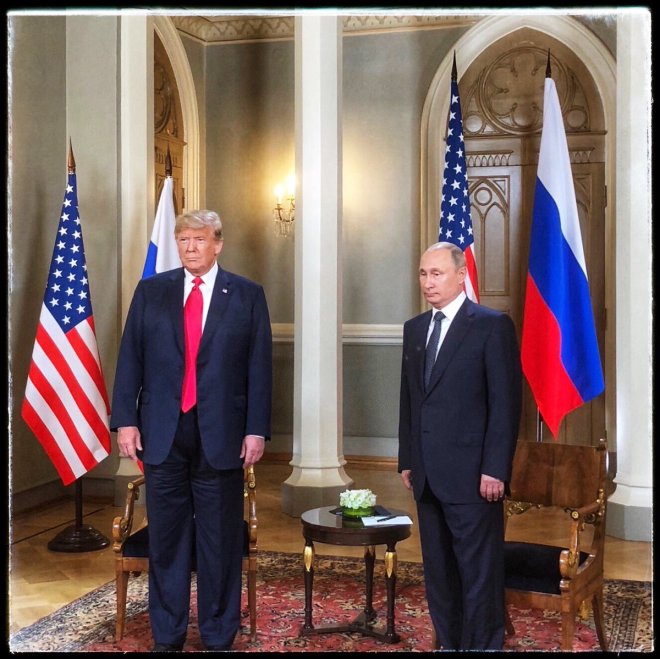 I originally reposted what I had immediately thought was a funny Jewish insider joke I saw on Twitter about Putin and Trump, a modest chuppah and yihud. I was pushed back by friend and colleague Martin Kavka about the homophobic implications of these kinds of jokes. I saw a comment on Twitter saying the exact same. So I’m going to stop making those kinds of jokes, except to say that I do not know how otherwise to communicate the incredible intimacy between these two men. But enough is enough. I’ll let others make these jokes, i.e. people who have the right to make these kinds of jokes from their own subject position, and I will enjoy them from my own. The same thing is obviously the case about Jews making jokes that play off anti-semitism. As a straight CIS male, these kinds of Putin and Trump jokes are definitely not my jokes to make, so I’ll stop with profound thanks to Martin for the generosity and friendship with which he called me out on FB.