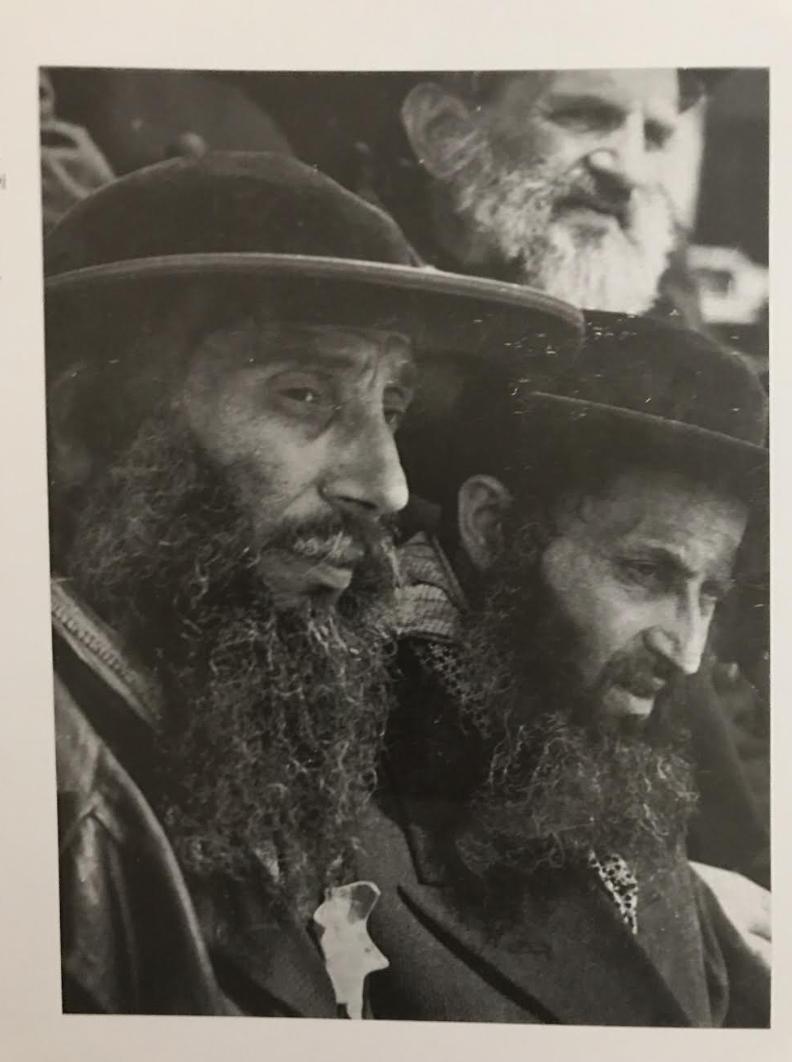 In America there’s no such thing as Holocaust Rememberance Day, but Twitter constitutes a country of its own. That is where I found this photograph of Rav Naftali Tzvi Weiss, Rosh Yeshiva in Bilke, and his students waiting for selection on the ramp in Auschwitz. The photograph was originally discovered in the so-called Auschwitz Album, a collection of photographs about which you can read here. Some two hundred photographs were taken presumably by an SS man, and they document the murder of the Hungarian Jews. Apparently, the image of these hasidic Jews appears on the first page of the album.

[On a trivial personal note. I’ve never seen this photograph before and was immediately moved by it. Part of this was finding this arresting image at Twitter. And then trying to post the image, finding a few words on the fly,  I posted the picture and realized I forgot to add the title. How do you name the people and the things that you see, the terrible things that you are given to see, and how do you compress that into the tight format of a social media post? I came up with one thing then the next, settled with “Rav Naftali Tzvi Weiss (Auschwitz)” and within five or ten minutes fixed it to “Rav Naftali Tzvi Weiss (Auschwitz Album)” in order to memorialize the name of the man, the memory of his murder, and the location of the image.]

[Part of the rareness of the photograph is that it is the photograph of an important hasidic leader, at Auschwitz. On Twitter in conversation with more religious people, they see in this extraordinary picture the expression of spiritual values (emunah), and they found genuine comfort in that. But without access to states of mind, all I see is not “expression” as much as the surface “impression” of pain, shock, stress, and suffering. I do not feel comfortable discomfiting the other more religious point of view of other people, but nor am I confident reading any more than that into the photograph of three pious men staring into an abyss. This is not a unique philosophical problem; the photograph gives one to reflect upon the problem of {understanding} other minds, here at a moment and place of severe extremis.]

Zachary Braiterman is Professor of Religion in the Department of Religion at Syracuse University. His specialization is modern Jewish thought and philosophical aesthetics. http://religion.syr.edu
View all posts by zjb →
This entry was posted in uncategorized and tagged blog, Holocaust, memory, photograpy. Bookmark the permalink.