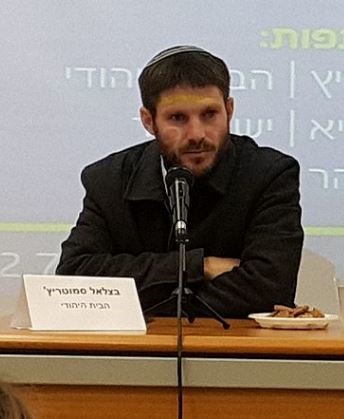 Has Meir Kahane captured the mainstream, the heart and soul, of Religious Zionism? Back in the day, an expression such as this would have come from the outside fringe, not from the inside represented here by a member of a coalition partner dressed up as “Jewish law.”

At a gathering of religious Zionist public figures two weeks ago, Deputy Knesset Speaker Betzalel Smotrich talked about his diplomatic plan, which he dubbed “The subjugation plan.” The purpose of the plan, he said, was “to erase all Palestinian national hope.” Under the plan, the Palestinians will be given three choices – to leave the […]

Zachary Braiterman is Professor of Religion in the Department of Religion at Syracuse University. His specialization is modern Jewish thought and philosophical aesthetics. http://religion.syr.edu
View all posts by zjb →
This entry was posted in uncategorized and tagged Israel, law. Bookmark the permalink.